OK, so “WebAR and WebVR” may have been a snappier title but also technically incorrect. “WebVR” is an actual standard still under development and “WebAR” (oh look, I spoke too soon! It looks like it may be a pending standard, after all).

These are supposedly convenient labels for different things on a spectrum, but I think they largely serve to muddy the water and are little more than an exercise in marketing bullocks. To this end, I prefer to just use the terms AR and VR.

Definition of terms
I claim no authority, but I’ll be defining AR and VR as follows (hopefully to provide clarity for the length of this article only):
AR – adding digital content to the existing environment
VR – (near) total immersion in an artificial environment

A “quick” note about hardware
We’ll be browser based, so there’s no bulky, expensive or high-end equipment (although we might burn out your GPU or drain your battery). I’m using my Nexus 4 (ancient my modern standards). A tablet can be used for AR, but might be a bit awkward for VR 🙂 .

While researching this article, I used a SketchFab cardboard and a pair of Go4D glasses. Neither was ideal, the cardboard provides an easy touch button input, while the Go4D has adjustable lenses. Both were needed for a proper experience, so I was sadly disappointed.

Researching for this article is the first time I’ve used used VR for any length of time on a mobile, and it’s both literally headache inducing and arm tiring. I’ve found dedicated systems/headsets far more comfortable to use (although they do make my head hot).
I’m not sure what caused the headaches, possibly poor resolution or poor placement causing eye-strain, adjusting the inter-ocular distance seemed to ease the problem.
It’s evident that for prolonged use some kind of strap is required along with some kind of cushion for the nose.

VR is based on old-fashioned stereoscopic viewing (and I do mean old-fashioned). The basic requirement is to provide the viewer with two slightly offset stereoscopic images giving the impression of depth. True “VR” is achieved by adding positional awareness — as the viewer moves the images change to reflect the viewer’s new point of view.

Without positional tracking the VR experience is severely limited, only allowing the user to look around, resulting in an experience akin to 360° video. Teleporting is a practical alternative to moving around as this is already a widely used method of moving around in a virtual environment.

While the WebVR standard makes VR easier to implement, it’s not widely supported (at the time of writing only Edge, Firefox and Chrome for Android have limited support). Polyfills and various other hacks are used to achieve the necessary functionality. Ultimately, happily, all the required legwork has already been done by many brave, hearty souls, leaving us to simply find the API we like the most.

A number of headsets are available, most notably the cardboard. The cardboard become uncomfortable after a short time.
Recent iterations have moved away from the neodymium magnets, which was the most expensive part of the cardboard and could interfere with the magnetometer/compass functionality of the phone.

AR has significantly more requirements as images additionally interact with the local visual environment (to some extent).

Code it yourself or use on-line editor

Motivation
For a while now I’ve wanted to write a simple editor/viewer to show simple, basic interaction between light and materials (based in no small part to this web page, http://www.barradeau.com/nicoptere/dump/materials.html).

I also noticed that even simple default scenes rendered very differently with Three.js, Babylon.js and PlayCanvas engine (referred to as PlayCanvas.js from hereafter). So once I started, I got the idea that it would be interesting to compare how different libraries rendered lights and materials. This would give me an opportunity to learn, compare and contrast each, as well as (hopefully) learn and apply some new ES6 features.

GUI
I like dat-gui, but I’ve wanted a floating control for a long time, after several abortive attempts at writing my own (I just got bored dealing with all the fiddly bits) I finally found an old but working solution that resizes to its content. There were a couple of bugs but they were readily sorted
(e.g. dat-gui hangs over the bottom of a containing div but this was easily dealt with by adding a bottom border).

Renderer Controllers
In “JavaScript: the Good Parts” Crockford eschews the use of new, using constructor functions instead. I try to follow suit with makeXXX functions. All the renderer specific code is localised to a single file, although this is rather spoiled by the matching <script> tag polluting the global space.

Each renderer has the same interface and hides any workarounds (e.g. each renderer implements ambient lighting differently). Adding a new renderer should be straightforward.

Three.js and Babylon.js were generally easy to code for, but PlayCanvas.js kept throwing up little issues and I found it’s syntax less intuitive.

PlayCanvas.js problems
PlayCanvas uses degrees rather than radians. While more an idiosyncrasy than a problem, it necessitates conversion between radians and degrees.

Despite providing a torus primitive in the editor (along with a capsule) there is no equivalent addComponent method. Using the createXXX method requires additional code to add it to the render list, etc. and maintain it. However, there was work round — generating an arbitrary mesh then replacing it with a “created” meshInstance.

To get the ambient material setting working required fiddling around with material properties. The default material is physical which needed to be switched to Phong (not a single switch but setting a couple of properties, see lines 18-19 above).

The createCylinder method had a bug and used opts.baseRadius rather than correct opts.radius. I actually raised a PR to fix this (yipee!).

I still can’t figure out how to set the rotation of the orbit camera correctly, I suspect it may be related to rounding errors when converting between degrees and radians.

GitHub
After some initial work in my mega-repo, I split it off into it’s own — always fun. It can be found here and the live version here and mirrored here.

Either find better UI libraries that support draggable elements and more input types or D-I-Y my own.

Use glTF as the interchange format rather than my own. However, there may be some unique settings that aren’t supported. Further investigation is needed. 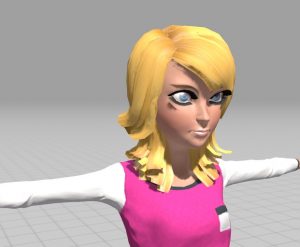 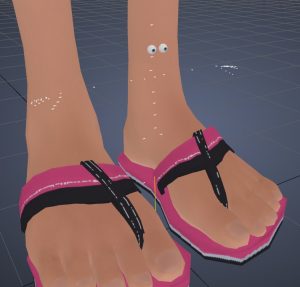